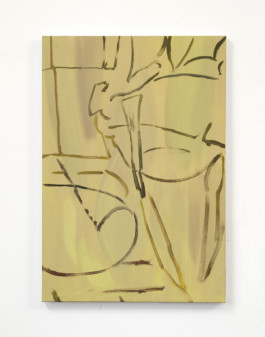 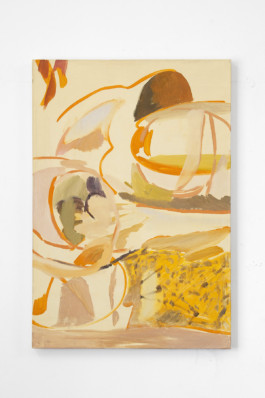 Wendy McLean lives and works in London. She received an MA in Painting at the Royal College of Art, London; and a BA in Fine Art Theory and Practice at the London Metropolitan University.

The Painting That Licked Itself, Gallery 64a, Whitstable, 2017;

A balance between rules and a sense of freedom is key in the paintings of Wendy McLean. Within the confines of the canvas, she allows herself to explore possibilities and small shifts and changes in order to create a series of paintings. Furthermore, the work can be affected by the mood that she is in when painting, adding another layer to the freedom she cultivates. However, this liberty is tempered by the necessary restrictions of working in series, of repetition.

The Pits series arose from studies made on archeology dig. Excavations involve a great deal of meticulous work within conventions and set boundaries - similar to the process of McLean´s painting practice. In an archeological trench a number of geometries occur, some are arbitrary, but some are meant to happen, based on the soil and its graduation of colour. The traces and signs of early human activity etched into the soil, and the ordinance symbols used in archeology both have similarities with painting. McLean began by making gouaches from these forms and symbols, and gradually the pits series developed.